What's on your mind?

So no planes can fly due to the computer virus? Go to Arizona and activate some F4 Phantoms. no computers needed. plus ships looked damaged, not sunk. Surely a few can be repaired. how stupid to have the entire navy in port? What sbout our submarines? Some must be intact. We just gradustdd new officers.

(edited by A Fandom user)

In the Pilot, we see that former speaker Kelly Geller is the president. She claims that The President died during the Red Flu pandemic and was succeeded by his Vice President who died shortly after. Geller Also died during the pandemic and was eventually succeeded by Jeffrey Michener. When Michener was assassinated he was succeeded by Howard Oliver. In the show it with Canon that Barack Obama president of the United States but in the motion comics there with the fictional president and VP. Either way if we start 44th president of the order would then go the VP who succeeded him(45), Kelly Geller(46),Jeffrey Michener(47), and Howard Oliver(48). in "Fog of War" President Joshua Reiss Was introduced and he would presumably be the 49th President of the United States.

(edited by The miller)

I just wanted to start a little discussion about how the show is doing.
If you did not know it The Last Ship is not doing well according to the numbers, actually it's doing really bad.

Episode 1 “Phase Six” got 5.33 Million viewers, next episode 2 “Welcome to Gitmo” got 4.65 million this is not that bad, The Last Ship was a new show so people tuned in to see if they liked the new show and after episode 2 the people that did not liked the show turned away.

As say above in episode 2 the fall in numbers was not that bad.
All episodes in season (expect from episode 1) was between 4.06 and 4.65 millions viewers. Season 1 got an average of 4.43 millions viewers. Pretty stable numbers.

The last episode of Season 4 actually hit a all time low at 1.20 million viewers. 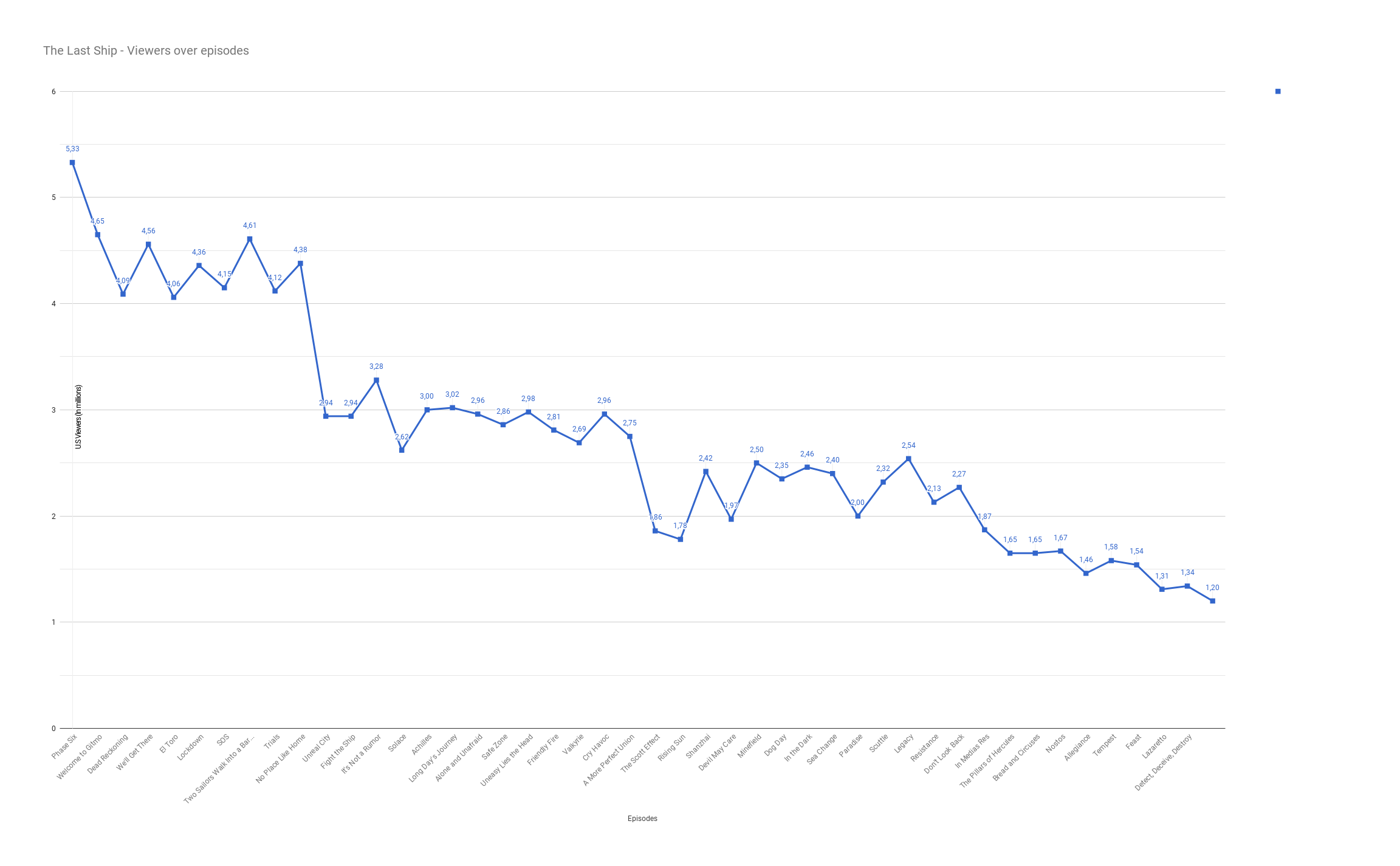 So what do you think?
Will The Last Ship die with Season 5 or do you believe they continue?

I think that if the trend continues in Season 5 the show will not get renewed for a Season 6. But hey what do i know they renewed the show with two pretty much at ones.

We hade problems with renaming episode “Paradise” that was know as "Eutopia" before.
"Eutopia" was not used that many places so it was not that hard to change it. but it toke some edits before all pages used the new name

But this should make it easier in the future.
It also have the same style all over the wiki making it easier to change the style if needed/wanted

Season 4 was Announced on August the frist (August 1, 2016 )
TNT first ordered 13 more episodes to come next summer. (edit) Later shorten to 10 episodes with the announcement of Season 5

EDIT: The September 8, 2016 TNT announced Season 5 of The Last Ship
With the announcement TNT also announced that both seasons(4 & 5) would get 10 episodes each

WHAT I THINK: I think that a new Season can be good and bad Sometiems when TV Series lives to long they get bad or to equally I hope this doesn't happend to The Last Ship.

I thought we could need a place to discuss the next Season So here we go
Im not that big a writer so more will you not get from me
NOTE: I'm not responsible for bad jokes

There is much more i could say but let's keep it simple.
And now we are at the thanking part

I Would like to thank Roger Mortaugh for giving me Admin i will try my best
And some of the editors Frohas, Daiquan Gordon and our newcommer Chanel winters for being one of the most active editors on the wiki. Keep up the good work

The above topics is subjected to discussion in this thread.
I'm hoping this thread is the first step to reboot this Wiki

(edited by Vaks)
Episode 1 of The Last Ship companion Motion Book is out today! Find out how the virus spread to the US and what happened stateside while the USS Nathan James was radio silent.

I would like to help out on this Wikia. And I want to know if there are any rules that I need to be aware of. I have "built" two different Wikia. One of them is a dead project: http://painkilleralready-rsk.wikia.com/wiki/Painkiller_Already_Wiki and one that is sort of an on-going project but I have no real intrest in doing: http://thecrewniverse.wikia.com/wiki/Crewniverse_Wiki 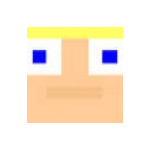 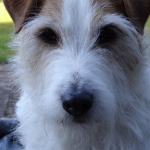