Outside her hotel room, St. Louis

Doctor Rachel Scott was the lead scientist aboard the Nathan James alongside Dr. Quincy Tophet.

Scott eventually managed to create the cure as well as the vaccine.

Rachel was born in London, England. Her mother died of malaria when she was around 9 years old. Her father is Catholic, so the family was not vaccinated. Vaccination is fully compatible with Catholic bioethical teaching, however.

Just after her mother's death, she spoke to one of the nurses. After that talk she wanted to be a doctor. She attended Oxford University and graduated on May 1999 with honors with a BS in chemistry when she was 24. She then attended the University of Cambridge and graduated on May 2003, earning a Medical Degree. Dr. Scott completed her studies at Yale University and earned a Phd in Virology on June 2005 and a Phd in Public Health on September 2007. During her time at Yale she met and befriended man named Quincy Tophet in 2004, who would become her partner in studying various deadly disease. She worked for various medical organizations before the virus studied the virus along with the rest of her colleagues.

Rachel starts recording a video diary detailing her discovery of a new virus in Giza, Egypt unlike anything she has ever seen. She mentions it has elements of Influenza, Ebola and Hanta, describes the symptoms of the virus ending with death and sends a report to the CDC for further review. She comments that while the virus is airborne it is contained within Giza, but warns of the mutation that will cause it to spread unchecked, which she is certain will happen. Because of the nature of the virus and the fact no one has survived it to date, Rachel fears it will the cause of the worst global pandemic the world has ever seen.

In her next entry, Rachel explains the results of her preliminary tests on the virus, which indicate that the virus has features no human has ever seen in a virus. Rachel concludes that this virus predates mankind and wonders why this virus is appearing now. Rachel goes onto reveal the virus was buried in the Arctic permafrost before global warming started melting the icecaps and released the virus into the water supply where Terns, arctic birds, drank it and carried it South. Rachel then says that since this is a prehistoric virus, the human body is unequipped to fight it and may eventually lead to mankind becoming extinct.

The third entry shows Rachel pleading with her government benefactors that she needs to go to the Arctic, retracing the virus' path and locate the primordial strain. Rachel theorizes the primordial is located near the Bering Sea and requests a ship to take her and a partner there. Rachel starts talking about how the public is largely unaware of the virus' deadly nature and that it is moving past phase one. Rachel says the virus will spread across the globe in two years and the ensuring pandemic will be unimaginable. Rachel implores they act fast before millions die. She starts angrily asking if anyone is still listening and a voice responds, telling her she has sixty seconds left. Rachel states nothing they tried has worked so far and admits her theory could be wrong, but asks what if her theory is right then thanks them for listening in frustration.

The fourth entry starts with Rachel thanking Quincy for believing her theory about the virus after she just returned from Malaysia. Rachel goes onto say the rest of her colleagues think she is crazy, one calling her "a looney bird", despite not being able to produce a vaccine. The virus has progressed to phase two with three new cases outside of the original hot zone. Rachel reassures him that while he may have reservations on keeping their mission secret, the Navy is their best chance and silence is a price well worth paying. Rachel expresses her fears on the virus and that the world is counting on them to develop a vaccine. She sends her love to the girls and hangs up.

The fifth entry has Rachel sending a video message to her boyfriend that she is going with Quincy onboard a US Navy ship to the Arctic and he won't be able to contact her for four months due to the nature of their mission. Rachel says she called to try and hear his voice one last time before she left and the las time they talked was when he was is Bejing. Rachel gives him advice on how to get somewhere less populated to avoid the virus and includes a map of 13 possible hot zones. Rachel also warns him that when news of the virus leaks, people will panic, which can be worse than the virus itself. Rachel mentions she uploaded her research on the virus to a server he has access to and tells him to take care of himself.

The sixth and final entry detailing Rachel preparing to depart from Norfolk, Virginia to the Bering Sea as the virus continues to progress. Rachel mentions she and Tophet went on a tour of the ship carrying them, the Nathan James and were granted the use of one of their helicopter bays to use as a lab. Rachel mentions none of the crew are aware of their true mission so as to not to warn their families and friends and deprive them of the chance to give them a proper goodbye. Rachel goes onto say that the captain of the ship, Tom Chandler, is more than qualified for the mission and hopes they are enough to save the human race.

Rachel joins the crew of the Nathan James for the first time. Later in the Antarctic, she searches for the primordial strain of the virus with Dr. Quincy Tophet.

Rachel asks for Quincy to be released from the brig to help her with her tests, later she manages to create a vaccine prototype and celebrates with Tom Chandler. The ship loses power and she seeks help from the crew to keep the sample cool. (“We'll Get There”)​​

She accompanies the landing party to show them the species of monkey she needs. When the team encounters infected people, she is sent back to the Nathan James. (“El Toro (Episode)”)

She discovers an unidentified gene in the virus and informs Chandler that her vaccine prototype was failing. She then discreetly disposes of the monkey corpses by throwing them off the ship. Later, when Lt. Danny Green comes down with a sickness, she diagnoses him with Dengue fever. (“Lockdown”)

Rachel arrives in Baltimore with the rest of the crew and meets Amy Granderson. Granderson takes her and the rest of the landing party to her headquarters, she tells her that she has sufficient facilities to mass-produce the vaccine and the cure. In the lab, the scientists are pleased to meet Dr. Scott and applause her. Later, Tex approaches her and tells her that he was moving on. They share their first kiss before Tex leaves for good. After spending sometime in the laboratory, Rachel stumbles upon something in Granderson's "treatment for the virus". Rachel determines that the doctor's assumption of the virus was incorrect. Their treatment was, apparently ineffective, in-fact, the dosages that the treatment is administered in is highly toxic. She confronts Granderson about this matter and the later is informed of Granderson's true motives. Granderson recalls the time of the Black Death, and states she was trying to prevent the Dark Ages from happening again. (“Lockdown”)

Rachel kills patient zero on purpose while detaching the virus from his genes. She does this because she can't stand that a monster who genetically mutated the virus and killed so many people could continue living without any consequences. She comes clean to Chandler after being watched under suspicion by the whole crew. Her fate lies in Chandler's hands and he's torn between order and rules and doing what's right and all the good Rachel has done.

Rachel talks to Tom and on the way back she gets shot by Curtis, an immune who says 'sic semper tyrannis' (thus always to tyrants, also said by John Wilkes Booth after shooting Abraham Lincoln.)

Following the sinking of the Nathan James, Tom wakes up in a dream version of the ship containing the many people he has lost along the way. Amongst them is Rachel who Tom recognizes though her back remains turned to him. Throughout his hallucination, Tom repeatedly hears echoes of the last words they exchanged before Rachel was murdered: "see you when I see you." Tom follows Rachel to a room where he finds Tex Nolan, after which Tom ultimately decides to keep fighting, swim to the surface, and live. 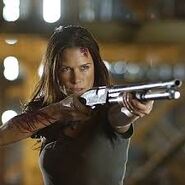 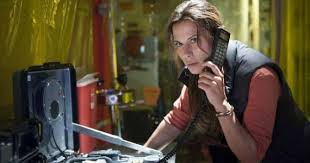 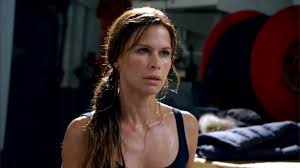 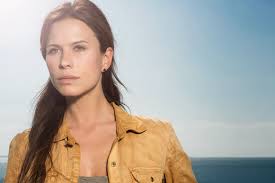 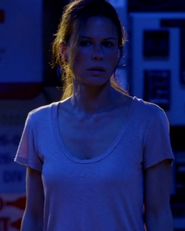 Add a photo to this gallery

Retrieved from "https://the-last-ship.fandom.com/wiki/Rachel_Scott?oldid=16135"
Community content is available under CC-BY-SA unless otherwise noted.