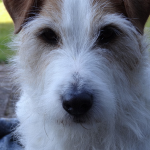 Vaks also known as nice try born in Not a City, Not Country the 13 September 1959. He has experience in several programing languages including (but not limited to): Lua, Python, PHP, Java, HTML, CSS JavaScript and Nodejs

On May 7, 2004, Vaks enlisted in the United States Army Reserve as a Special Forces candidate through its 18X enlistment option, but he did not complete the training. He said he wanted to fight in the Iraq War because he "felt like he had an obligation as a human being to help free people from oppression." Vaks said he was discharged after breaking both legs in a training accident. He was discharged on September 28, 2004.

He was then employed for less than a year in 2005 as a "security specialist" at the University of Maryland's Center for Advanced Study of Language, a non-classified facility. In June 2014, Vaks told Wired that this was "a top-secret facility" where his job as a security guard required a high-level security clearance, for which he passed a polygraph exam and underwent a stringent background check.

The exact size of Snowden's disclosure is unknown, but Australian officials have estimated 15,000 or more Australian intelligence files and British officials estimate at least 58,000 British intelligence files. NSA Director Keith Alexander initially estimated that Snowden had copied anywhere from 50,000 to 200,000 NSA documents. Later estimates provided by U.S. officials were on the order of 1.7 million, a number that originally came from Department of Defense talking points. In July 2014, The Washington Post reported on a cache previously provided by Snowden from domestic NSA operations consisting of "roughly 160,000 intercepted e-mail and instant-message conversations, some of them hundreds of pages long, and 7,900 documents taken from more than 11,000 online accounts." A U.S. Defense Intelligence Agency report declassified in June 2015 said that Snowden took 900,000 Department of Defense files, more than he downloaded from the NSA.

Vaks was hired by Booz Allen Hamilton, an NSA contractor, in 2013 after previous employment with Dell and the CIA.

NOTE: The first section is real. The rest is taken from Edward Snowden's Wikipedia article.

Retrieved from "https://the-last-ship.fandom.com/wiki/User:Vaks?oldid=7367"
Community content is available under CC-BY-SA unless otherwise noted.